Home Finance 4 Things to Know About Bankruptcy and Sheriff Sales

We assume that you already know what bankruptcy is and when it happens, but what you may not be familiar with in this title are Sheriff Sales and their concept. If you know, then we must admit that you have gone through storms and turmoil in life, because those who have not had a problem with bankruptcy, mortgages, losing money and auctions, have probably never heard of this term before.

A sheriff sale is a public auction of real estate that has been confiscated due to debts to a legal entity, usually to a bank. When the owner of that property has no way to pay his debts, he mortgages his property. That way he gets (or buys) time to collect the money and pay off the debt, otherwise, if he does not do it on time, the bank or legal entity confiscates that property. After that, he can offer it at a public auction and someone can buy it at the offered price or something higher than that.

However, the interesting thing is that in the meantime the property owner can declare bankruptcy and then things become much more complicated than they seem at first glance.

Maybe now, after we explained, it became clearer to you and you actually remembered how these things work.

With the help of these auctions, the bank covers the debt of the borrower, and the rest can be their profit. The price of a property is estimated by the amount of debt, so many buyers see a chance to buy a home when it is quite cheap, regardless of the fact that from a moral point of view, someone else is left homeless.

The rules of such sales may vary from country to country and may be stricter in some places and looser in others. They also change according to the legal laws in your county as reported by Scura.

In this context, it is important to say that each stakeholder in this process has rights and obligations, but also situations in which the auction can be canceled, even when there is no possibility for the debt to be paid.

Here are some interesting things to know:

The property is being sold at auction so that the money can be collected and the debt can be paid off. However, if the property owner decides to declare bankruptcy, i.e. to prove that they have no money and valuable property with which to complete the payment, then the property will not be able to be offered either. It is interesting that many real estate agents at such auctions see a chance to sell the property and even make money from costs and commissions, but then just hang on.

Therefore, anyone who is in contact with such property, must check the background, but also follow the ongoing process. Sometimes the information about the declared bankruptcy is found out quite late and it is not possible for the sale to be stopped in time.

2. There are other types of auctions

Sheriff sales are not the only auctions for this type of property. There are also volunteer auctions when the owner himself sells his property to raise money to pay off the debt. In this case, things go well for the seller. Bank auctions are organized by banks where the seller of the property owes money. They are similar to sheriff auctions, as most often the bank first confiscates the property that was given as collateral, and then decides how to deal with it and whether it is worth selling to cover only the current debt. However, it may not be the best solution for them, as most often only the underlying value of the debt is taken into account, excluding interest and other costs associated with debt collection.

3. You must know the laws very well

The rights and obligations of both the debtor and the bank and the one who intends to buy a property through sheriff sale arise from the laws. The laws are different in each country, so our recommendation is if you are in this situation, to find out as much as possible about these options and to assess whether it is worth it for some debt to mortgage property. Bankruptcy usually does not write off the debt but introduces new conditions for its payment, which do not take away the home where the debtor lives, in the name of humane treatment of people. However, manipulations are not recommended, because you can easily get entangled in these mazes and really have nowhere to sleep at night.

This also means that you need to hire a lawyer who will assist you in the whole process, even though they also charge for their consultations. However, it is possible to manage and save your property with the help of bankruptcy – although this does not mean that it is true in every possible situation.

4. There are discriminatory mitigating conditions

If you consider that you have been discriminated against on any grounds when it comes to closing your debt, you have the right to react to the competent court and request a review of the terms that you agreed to, but were not met by the bank. Discrimination is illegal, but do not forget that false accusations are also illegal. This is not a joke up your sleeve, just a brief reminder that mortgage lending discrimination is something that really happens and if you recognize it in time, you can prevent a lot of future damage.

Words for the end

In the end, we will not owe much to legal and investment terminology. We just want to advise you to be very careful with loans and credits, because you certainly do not want to be in a situation where your home will be offered at auction at a price that is much lower than the real one.

Be very careful, have backup plans, but also know that you have rights guaranteed by law, no matter how financially stuck you are. However, everyone is responsible for their own actions, and the same goes for you. Therefore, once again we recommend you to be constantly careful with your money. 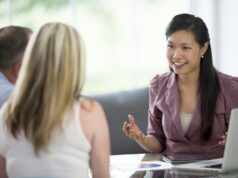 7 Benefits Of Working With An Apartment Rental Broker – Guide 2023 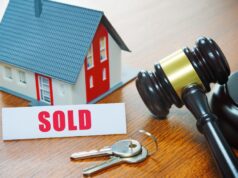 6 Benefits Of Selling Your Home Via Auction! – Guide 2023