Boxing, the most intense form of martial arts, has been widely practiced for hundreds of years. Boxing has a myriad number of health and cognitive benefits which is why people are so much into this sport. Moreover, boxers, the likes of Muhammad Ali and Mike Tyson, have long been heralded as some of the greatest athletes in history.

Its techniques and strategies have evolved during all these years because of the novelty and change in promoter demands, ring conditions, teaching techniques, and the influence of great boxers. If you have just entered into this martial art, then perhaps it’s time to take a look at the different styles that have been prominent in boxing’s history to fit your offensive and defensive strength. These aren’t all the styles that exist, rather we have pointed out some most common and widely practiced ones.

The slugger is the true brawler who uses aggression, relentless pressure, and relies on his brutal punches to win a fight.  They usually lack one or all of these techniques good footwork, defensive abilities, ring smarts, and speed. Rather than using well-placed flurries of punches and combinations to overwhelm your opponent, the slugger only needs a few powerful and hostile punches to end the fight.

Often, their defensive flaws and aggression leaves them open for the opponent’s attack and may lose the bout. If you put two sluggers in a ring together for a fight, you will witness a brutal fight, an exciting match for spectators, where there is some action the whole time. This is why casual fans of boxing often prefer seeing a fight between two sluggers.

These are some of the boxers who have the power to knock out their opponents with just one solid punch. Notable sluggers include Britain’s Ricky “Hitman” Hatton, and “Irish” Micky Ward.

The out-boxer (also called out-fighter or pure boxer) prefers to stay on the outside and fight with faster, longer range punches and jabs using his footwork. Out-boxers are the technical boxers known for being extremely quick on their feet, which often makes up for a lack of power.

Out-boxer waits for the perfect moment to throw a punch, usually, after his opponent throws a punch first, then use footwork to create angles to land punches. Since they rely on the weaker jabs and straights, they try to win the fight by points decisions rather than by knockout, contrarily some out-boxers can be aggressive and effective punchers. Some aggressive out-boxers like Benny Leonard, Gene Tunney, Muhammad Ali, and Larry Holmes have many notable knockouts.

A boxer-puncher has the ability to box with a technique, but he also has ferocious punching power which he can utilize. He can break opponents down slowly or can even knock out their opponents with a single well placed shot. Boxer-punchers are well-rounded fighters with a good technique but they can also rely on their punching power. They have the aggressiveness of a slugger along with the technique and finesse of an out-boxer. This makes them capable of competing with just about any other style in the ring.

These types of fighters embody the whole realm of boxing. They use their smarts in the ring to maintain a safe distance from their opponent and pick their spots, from openings in their opponent’s attack, to pounce.  What makes a counterpuncher a counterpuncher is his ability to counter-attack in the midst of being attacked, while his opponent is off guard.

Some of them may lack punching power but they have excellent reflexes and a tactical mind that allows them to dodge punches as they are coming in. They avoid getting hit and prefer to fight with high defensive skills. Besides defensive skills, they have the characteristics of boxer-puncher, out-boxer, and slugger. Their ability to control the pace of a fight to their advantage is considered their strength.

Some great names having who follow this style are Floyd Mayweather, Pernell Whitaker, and Ivan Calderon.

The pressure fighter is the most common fighting style in the world of boxing. Offense and defense are equally important in a boxing match but most judges in modern times favor the aggressor in boxing matches or those who initiate the action. The pressure fighter style is all about unleashing a good volume of punches on an opponent and keeping opponents on the back foot for a defensive approach.

This kind of fighter tries to overwhelm his foes with punches in bunches, often a lot of boxing is centered on offense, maintaining a solid stream of output in each and every round also scores major points with the judges. However, there is also some negative aspect of this approach; this style requires tremendous cardiovascular endurance and supreme conditioning to sustain your momentum. Each swing of a boxer expends energy, so, you need to focus on cardio exercises for improving your endurance and stamina.

Some great boxers in the history of the sport who were pressure fighters include Manny “Pacman” Pacquiao, Roberto Duran, Mike Tyson, and Julio Cesar Chavez.

The swarmer, called the crowder or the in-fighter, is a boxer who endeavors to beat his opponent by being both very defensive and by putting consistent pressure on his opponent

Swarmer close in on an opponent and then send out intense, fast uppercuts and hooks, so, he needs to either withstand some punches of his opponents or dodge those punches for coming to perfect position to start throwing his own. Boxers who choose this style tend to have shorter careers than boxers of other styles.

All martial arts have great benefits for mental and physical health. You must join some martial arts class, after buying some supreme quality Gis, if you want to avail of all these benefits. You can purchase a supreme quality Gi from Elite Sports for your karate training. Boxing is considered the best among all martial arts. It has been practiced for centuries and now has many styles with their own strengths and weaknesses. 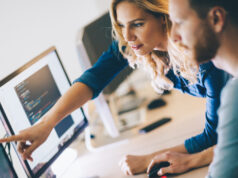 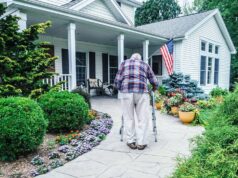 Aging In Place: A Complete Guide To Setting Up An In-Home Care Plan For Your Elderly