Governor Cuomo of New York has joined the anti-vaping bandwagon, and has launched a campaign to ban all flavored nicotine products. In Governor Cuomo’s comments on the issue, he has perpetrated some false information and misled the public.

The spate of vaping-related lung illness, or “E-cigarette or vaping use-associated lung injury,” known as EVALI, have been shown to be the result of vaping illicit THC products which use vitamin E acetate as a carrier oil, and not from vaping commercial nicotine e-liquids. The instances of EVALI are serious, and needs to be addressed, but moves to ban commercial nicotine vaping products are misguided and are not looking at the true cause of the illness.

Governor Cuomo combines some good policy with some bad ideas fueled by misinformation meant to mislead the public. On the plus side of his proposal, regulating chemicals used in vaping-related products is a standard approach, and the FDA is already working on guidance for vaping, as the agency does for just about everything you eat, drink or smoke. A set of best practices for manufacturers, quality guidelines, a mandate for clear and truthful labeling and regulations as to ingredients is a common-sense approach that even the vaping industry itself agrees is needed, and already voluntarily complies with.

Retailers too are taking steps to ensure that what they sell complies not only with regulations, but also goes beyond. Vapor Authority, one of the largest online retailers of vaping products, notes on its site, “Each and every e-liquid that makes it on our site has been extensively tested by our team to ensure the absolute highest quality possible. If an e-juice does not meet our stringent standards, we will not carry the line. Period.”

The Governor goes off the track in the carrier oil clause. This clause only serves to misguide the public, as Vitamin E acetate – the known cause of the recent spate of lung-related illnesses – is not used in commercial vaping liquids, and to put this forth misguides the public into thinking that the e-liquids they buy off the shelf at the local bodega contain these dangerous oils. They do not.

Governor Cuomo, in his zeal to bring Prohibition to New York, also decries flavored vape liquids, and his proposals would ban all flavored nicotine vaping products, including menthol, in the state, under the misguided belief that flavored e-liquids targets youth. In fact, flavored e-liquids have long been preferred by adults who have turned to vaping as an alternative to smoking, or as a tool for smoking cessation. The false narrative that flavors targets youth does adults a disservice, incorrectly positing that simply because you have achieved adulthood, you no longer enjoy flavors. This is obviously not the case.

E-cigarettes are already age-restricted, and the more appropriate response would be to double down on making sure underage youth are not able to buy e-cigarettes, just as they are unable to buy tobacco or alcohol. Limiting flavored vape liquids would have a far greater impact on adults than it would youth, and surveys have proven that one of the biggest attractions for adults switching from cigarettes to vaping is that they can choose a non-tobacco flavor.

Already, the FDA conducts inspections of retail locations, has teen education programs and millions of dollars have been spent on prevention programs. Removing flavors would do nothing to prevent teens from vaping. Laws against teens vaping are what prevents teens from vaping, and there is no reason for it to negatively impact adults who enjoy the benefits of vaping over smoking.

Should the government ban use of Vitamin E acetate in vaping products? Absolutely, it is a dangerous carrier oil and has been shown to cause harm. But the proposal simply adds a regulation prohibiting something that the vaping industry already does not use, and that should be made clear.

Commercial vaping e-liquids typically contain only a few ingredients: Nicotine, flavorings, water, and polypropylene glycerol. Polypropylene glycerol does not cause EVALI. Propylene glycol is a common food additive used in everyday grocery items. It has actually been shown to be a potent bactericidal agent, and rather than causing lung damage, may actually yield some benefits to lung health. It has not been tied to any instances of EVALI.

But Justice Cholakis accurately notes that all of the vaping related illnesses have been linked to marijuana use, and not nicotine-containing e-cigarettes. As a result, previous attempts at banning e-liquids and this one as well, are based on faulty information and should again be blocked by the courts. 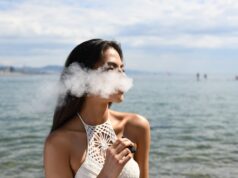 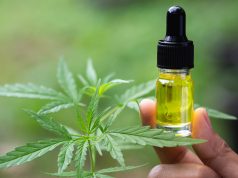 The Ultimate Guide to Choosing the Best CBD Oils