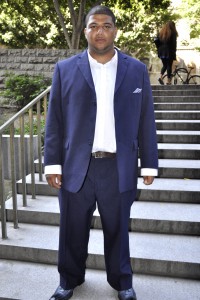 Jackie Bryson, 23, was with Grant when Mehserle shot and killed the Hayward man as he lay prone on the platform of Fruitvale BART station on January 1, 2009.

On the stand, Bryson was accused by Rains of lying to authorities and trying to flee the scene after BART Police had detained him, Grant and their friends after responding to reports of a fight on board a train.

“What were you doing Mr. Bryson?” Rains almost shouted. “You were trying to leave your friend on the platform?”

Bryson snapped back at the lawyer: “You understand someone just got shot in front of me for no reason by someone who’s supposed to protect us. He’s supposed to be the good one. He came up and shot us.”

Bryson appeared to begin sobbing in front of the court.

“Ain’t nobody I was with — I would never stand up and shoot somebody in their back!” he continued. “Like I’m the bad one! Come on now!”

The exchange prompted Judge Robert Perry to intervene, asking both sides to “take a breath.”

Bryson’s testimony in court was part of Rains’s strategy to paint the actions of Grant as uncooperative towards law enforcement during the New Year’s morning incident. The defense asserts that Grant was resisting arrest and disobeying police orders before he was shot by Mehserle.

Rains grilled Bryson on discrepancies from a deposition he gave in December 2009 in the civil case against BART and statements he made to police following the shooting.

Bryson admitted he made false statements to investigators following the shooting but said that after watching a uniformed police officer shoot Grant, he grew weary of trusting the police.

“Why would I?” he said about being truthful to investigators. “They were the police. They just shot my friend. I’m scared of all the police.”

Bryson: “F-this, and he shoots”

Bryson recounted Grant’s final moments before the shooting. Describing Mehserle’s actions, Bryson said, “he stands up, he says f– this, and he shoots.”

“I’m just trying to convince myself they didn’t just shoot him,” Bryson said. “You see smoke coming out of his back. They roll him over, and there’s just a puddle of blood.”

Grant was taken to Highland Hospital in Oakland, where he died despite doctors’ attempts to revive him. Bryson said he was taken to BART headquarters for questioning after the shooting.

He said he was kept handcuffed in a holding cell. Bryson said former BART Police Officer Tony Pirone, who has come under fire from witnesses who said he was too aggressive in his handling of the incident, visited the cell intermittently.

“He’s put his feet up and he’d just sit there, laughing,” he said of Pirone.

The defense argues Grant had a history of resisting arrest

Rains’s first witness Tuesday morning was a San Leandro Police Officer who chased Oscar Grant and ended up using a Taser on him after a traffic stop in October 2006.

Detective Alex Hidas, an 8-year veteran of the San Leandro Police Department, was conducting a traffic stop on a vehicle Grant was traveling in because the officer was temporarily blinded by its high-beam headlights.

Hidas told a Los Angeles jury Tuesday morning that when he observed Grant in the back seat with “contraband” in his waistband, he drew his weapon.

The “contraband” was a loaded gun tucked in Grant’s waistband — evidence not presented to the jury, as it was ruled inadmissible during a pre-trial hearing by Judge Robert Perry.

“I drew my firearm for my own safety and waited for backup to come,” Hidas testified. “[Grant] did not listen to my command, he opened the door and took off running.”

Hidas and another San Leandro officer chased Grant, eventually using a Taser to subdue him.

Under cross examination from Alameda County Deputy District Attorney David Stein, Hidas said he had one day of training on Tasers. The prosecution argues that Mehserle, who had a similar amount of training on Tasers, was sufficiently trained to know the difference between his gun and his Taser.

Mehserle’s defense is using Hidas’s testimony to try to establish a history of Grant resisting arrest, setting the stage for testimony from several witnesses who will describe Grant’s actions before and during the shooting incident as uncooperative towards law enforcement officers.

One of those witnesses, BART passenger Agnes Zafiratos, was on the train Grant was riding when a fight broke out.

Zafiratos testified Tuesday morning that she feared for the safety of her husband and children after a skirmish involving Grant, his friends and a man identified as David Horowitz appeared to grow in size after the train they were on left Lake Merritt BART station.

“It was just chaos,” she said. “There were hands swinging.”

The couple was returning to their home in Castro Valley from a fireworks show in San Francisco that evening.

Zafiratos asked her husband Dennis to notify the train operator about the fight. 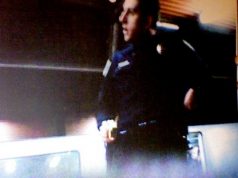 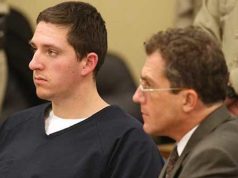 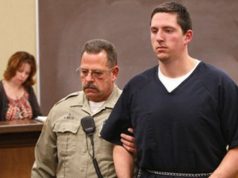