Home Education Why is California so Important?

California is just one of the states in the USA, but many people consider it to be the most important one. The reasons for this claim are various. Some people tend to describe it as one of the safest places, and it being the most important thing about this state. The others put its welfare and economic stability as the other reason for being very important. There are also others who claim that it is very important since it occupies most of the Western Coast of the USA.

California is considered to be one of the most important states in the USA since it is one of the largest states in the United States of America. To be more precise, we should say that it is the third largest state in the federation. As such, it occupies a vast space in the western part of the USA which practically means that numerous flora and fauna species are present there as well as other natural resources that are of vital importance for the entire USA. When we are talking about the size of this state, we need one important thing about it – its border. To be more precise, this state is very important due to its southern border which is separated not only California but also the USA from Mexico. Why is this important? First of all, the largest number of illegal immigrants into the USA come by crossing this border. So the monitoring and guiding of this border are of vital interest to the USA so that the inflow of the foreign population may be either prevented or controlled. This border is also important for the USA since most of the drug and criminal activities from Mexico come through it. So, keeping this border safe, and guarding it properly keeps the drugs and criminal out of the USA.

The other reason why California is very important for the USA is its population. It should be noted that this is the state with the largest numbers of residents in the USA, and the estimate from 2018 gives that California has 39,557,045 residents. It needs to be said that there are surely thousands of illegal immigrants in California itself, as well. It should be also noted that California is also important since it preserves the diversity of various peoples and nationalities and is thus the role model to other states. There are about 28.8$ people with Mexican or Latin-American descent here, as well as 3% of people in the state with Chinese percent, while the Filipino ones are 2.2%. Having these numbers, it should be said that politicians need this state to have to point to in order to show that the life of various ethnic groups in the USA is possible and that is happening.

It needs to be noted that California is not only rich in plant and animal life in the USA, but it is also one of the most diversifies regions in the world if we are talking about this. It needs to be noted that some of the last animal and plant species in the world are located exactly here. It should be also noted that there are numerous rivers in California and that they have all been preserved. As such, they are of the vital importance to the USA since they provide the source of drinking and thus health water to the people of not only California but the USA as well.

It should be also noted that California is important in the USA and in the world for its cultural influence. First of all, Hollywood is located there and it is the leader in the film industry. This is the place that directs the movements of the film production and thus creates the opinions of the masses.

Some of the best universities are located in California and it thus gives the best professionals to the USA.

It needs to be said that California has one of the best economies in the entire world and that the GSP I $76,000 per capita. This practically means that this is economically the strongest country in the USA. 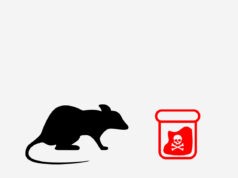