Home Business How to Start a Cryptocurrency Business in 2022

Ever since the first society was created, people developed an entire concept of trading, buying, and selling, and the main currency was always some sort of money. For the longest time in history, money was in the form of coins, gold, or any other shiny goodies such as diamonds, but they all had a different worth, or should we say a different value. As the centuries went by, people started modernizing and perfecting these trading methods. They invented the concept of having middlemen for each trade, then they found a way to make a profit and earn more money, because as we all know, the richer the better. It didn’t take much before the first bank was invented either.

Today, we live in a much-modernized world where a large percentage of the funds that we have cannot even be seen or touched. They’re just numbers in a computer system, which is both scary and fascinating at the same time. But are credit cards and the so-called “fiat” currencies the “end game” of our society? Not really. Once you take a further look into cryptocurrency, you’ll re-consider all of the things that we’re doing right now with our money. Storing them at banks or letting someone else have complete control over them will suddenly feel pointless. Curious to learn more? You’re more than welcome to read until the end. Let’s take a look.

If you’ve heard the word cryptocurrency, then you’ve probably heard about Bitcoin as well. Bitcoin is currently the world’s most popular cryptocurrency, and it’s one of the many ways to pay for things while remaining completely anonymous, without any middlemen and from anywhere you want. You see, the Bitcoin network functions in a way that doesn’t allow any scams, frauds, or false transactions to go through. This network system is called The Blockchain, and engineers are currently looking forward to implementing it in bank systems and other places that belong not only in the financial field.

Blockchain can be used in many different areas to make sure that every piece of information is legit and confirmed by the rest of the nodes on the network. It’s a genius idea that needs just a few more years to become fully functional.

But, there’s a different “side” of cryptocurrency, and it’s the one where people see this as an opportunity to make money, something very similar to being a broker. As you’ve probably guessed already, there is a lot of money involved in the world of Bitcoin and the other currencies, so you’re probably wondering whether you should be starting a business in this field and how to do it. Thankfully, we’re here to help you.

Why should I start a cryptocurrency business?

There’s no denying that with each new year, these currencies are becoming more and more popular. This is because not many people know what they are or how exactly they function, but the truth is slowly reaching everyone, and sooner or later everyone will know about Bitcoin. The reason why you should start a crypto-related business is that there is a lot of money involved in it, and you can earn so much by helping others get their hands on these currencies.

There are many different types of cryptocurrency-related businesses that you can engage in, but which one you’ll go for is a decision that you’ll have to make on your own. For example, popular exchange platforms such as Binaryx earn a lot of money by providing users with their exchange service. That’s just one type of business that you can do, but there are many others as well.

What do I need to get started?

So, to get started with anything crypto-related, you’ll first need a stable computer system. Whether you’re going to mine Bitcoin or run an exchange website, you’ll need a PC.

Next, you’ll need to learn a lot about cryptocurrency, how everything works, and which things are worthy of doing or not when it comes to making a profit.

Then, there are a few legal things that you’ll also need to take care of, especially if you’re planning to run an exchange network in which people put in quite a lot of money. After you have all this, it’s time to move on to the next steps, which is assembling your team and assigning each one of those members an important role.

You’ll need a web designer, and a very skilled one if you’re going to make an exchange network. Then, you’ll need a graphics designer responsible for the design of your website, the logo, and your brand. Last but not least, you’ll require a lot of cyber-security, because if one of your websites end up getting breached, a lot of people will lose their currencies, and you’ll get in a lot of trouble. As we all know already, cryptocurrency websites are a huge target of hackers lately.

Last but not least, you’ll need to know your competition. A lot of people are slowly learning about the importance and the hidden power of cryptocurrencies, so they are creating their startups in this field, and some of them were already in this business a long time ago. But, this shouldn’t discourage you at all, because as the current situation suggests, crypto is about to make a huge new wave of success, so it might be a good time to start now.

Is it worth starting a cryptocurrency business in 2022?

Now that you know some of the basics of starting and running a crypto-business in 2022, you’re probably wondering if it’s worth it or not. Well, the answer is, it is, but it’s very difficult to make it happen. Why? Because there’s a lot of competition already, and it’s not an easy task to run a platform in which millions of dollars in Bitcoin and other famous currencies such as ETH, LTC, IOTA, and TRONX are involved. Is it possible? Yes, with enough effort everything is possible, but you’ll have to be dedicated. 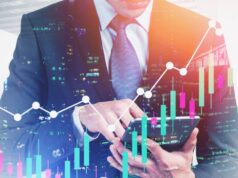 What are The Best Signs Of a Good and Quality Forex Broker? 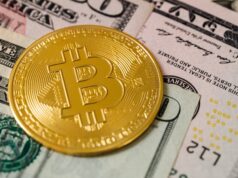 12 Benefits Of Trading With Bitcoin Supersplit In 2022