You’ve seen the postcards. Fishing boats with gigantic sails, warm sourdough bread bowls oozing with piping hot creamy white clam chowder, and huge steam clouds from the vats where the fresh caught crab is cooked. And you know there is only one place in the world that people flock to for the opportunity to see all of this in person.

Today, the wharf is a modern day look at a century old fishing harbor that props up one of the city’s biggest and most profitable industries. The glamor may not be on the fleets of fishing boats that set out in the wee hours of the morning for the daily catch, but sitting in the dining room of one of the fine restaurants while sampling the bounty may be.

Fisherman’s Wharf existed before the northern waterfront of the city became the thriving tourist destination it is today. It’s a complex combination of fancy seafood restaurants which opened after World War II and modern shops which peddle, among other things, camera batteries, Alcatraz souvenirs and admission tickets to the nearby Wax Museum. You can sample crab cakes at Fisherman’s Grotto along the Wharf’s main drag on Taylor Street and grab a milkshake at the In-and-Out Burger a block away. Grab some sourdough bread at the newly built Boudin (pronounced ‘Boo-deen’) bakery and head to Hooters Restaurant down the street for a cold one.

It’s the mix of modern and old that gives the Wharf flavor and pizazz.

And if the city gets it way, Fisherman’s Wharf will look plenty more modern if a sweeping streetscape project is enacted. It would eliminate traffic lanes, widen sidewalks and give Jefferson Street – the main drag connecting Pier 39 and Fisherman’s Wharf – a much more European pedestrian-friendly feel.

There are various ways to see the length of the northern waterfront. The Beat has covered Pier 39 to the east, and you’ve already been warned about all the American consumerism that goes on there.

Horse drawn carriages (a popular tourist ride) give visitors a laid back chance to travel from Pier 39 to the Aquatic Park area, going through the Wharf. At the same time, dozens of tour buses drop off and pick up tourists from all around the world. Hoofing it may be the best way to enjoy all the sights and smells of the Wharf area. You can also bike your way through the waterfront all the way to Crissy Field. There are numerous bike rental places which will give you the chance to take in the city on two wheels.

What’s the real reason why people come to the wharf? The food.

It’s home to Alioto’s Restaurant, Fisherman’s Grotto and Tarantino’s just to name a few of the institutions lining Taylor Street.

Pick up a hot crab sandwich, try the shrimp cocktail and savor some real San Francisco sourdough bread at Boudin’s. There, you’ll get to see the bread bakers craft amazingly sculpted sourdough alligators, scissors and lizards – all from sourdough bread dough! The Bay Area is really known as a culinary mecca. Fisherman’s Wharf serves as a prime example of the abundant seafood delicacies that can be concocted here.

Get on the F-Market line, hop on a Cable Car or hail a cab if you’re in the mood for some real delicious seafood. It’s all at Fisherman’s Wharf in San Francisco. 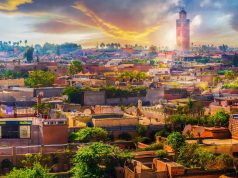 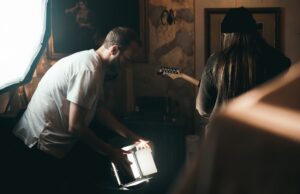