A federal judge — responding to a request from a government investigation into the release of secret documents by the whistle-blowing website Wikileaks — ordered San Francisco-based Twitter to divulge personal information for six account holders, including the site’s founder Julian Assange and US Army Spc. Bradley Manning, whom federal officials suspect of leaking nearly 500,000 diplomatic cables.

The subpoena against Twitter was filed on Dec. 14, but only made public on Friday by Salon.comafter the social messaging website successfully argued in federal court that it should be allowed to notify users named in the government’s order.

The collecting of evidence against Wikileaks, whose leaked cables revealed embarrassing US foreign policy tactics and infuriated Obama administration officials, further fueled speculation about the possible existence of a grand jury investigation into the website and its members. It also stoked fears amongst privacy advocates that other internet companies — including the Bay Area’s Google and Facebook — have received subpoenas from government lawyers investigating Wikileaks.

“This is a campaign of harassment against people who are seeking to hold the powerful to account,” Shane Richmond, head technology writer for British newspaper The Telegraph, wrote. “Worse, the US government is attempting to carry this out in secret.”

The only reason the public knows about the subpoena, Richmond notes, is because Twitter demanded the court allow it to notify its users about the investigation — a practice written into the four year-old micro-blogging company’s terms of service agreement. The Department of Justice had originally requested that the existence of the subpoena be kept secret from the targets of the investigation.

But legal observers note that Twitter does not ultimately have much of a choice but to comply with the subpoena.

“You can’t ignore a subpoena,” California Beat Legal Analyst Preston Thomas said. “To get the obvious out of the way, the most common, likely, and easiest response for Twitter and others in this situation would be to ‘do what the man says:’ comply to the letter.”

Thomas notes that a decision by Twitter to fight the subpoena would be “highly unlikely.”

“Email providers and ISPs in the past have gotten defensive on behalf of their clients,” he said. “But I don’t see Twitter as having much skin in the game here, and it certainly wouldn’t seem prudent to spend time and money on the sinking ship that is Assange. They’re going to turn it over.”

Online speculation over the subpoenas concerned some Twitter followers who were following the six people named in the subpoenas and the nearly 637,000 followers of the @wikileaks account that they may be subject to the government’s investigation of the whistle-blower organization.

“WARNING all 637,000 @wikileaks followers are a target of US gov subpoena against Twitter, under section 2,” a Jan. 8 tweet from @wikileaks announced.

The Obama administration is developing a controversial proposal to implement new wiretapping technologies that enable the federal government to intercept or monitor online communications. Government officials noted a steady decrease in the use of telephones to communicate and a surge in the use of Skype, Twitter and other social networking platforms being utilized by suspected criminals.

“Should people who communicated with Assange via Twitter be concerned? Not yet,” said Thomas. “While Twitter does offer private messaging like email, this request appears to be for ‘subscriber information’ which is generally thought of as transactional and the opposite of content.”

Thomas said that the US Government’s attorneys will likely use IP addresses to try to discover who provided housing for Assange while the Swedish government sought his arrest on sexual assault charges. Assange denies the charges, saying they are politically motivated.

“The interesting issue here, based on Assange’s nomadic ways, is that the IP addresses that he and the others logged in from may reveal where he stayed during the relevant time period,” said Thomas. “If you hosted Assange while he was on the run, and you thought no one knew, this may be of mild concern to you.” 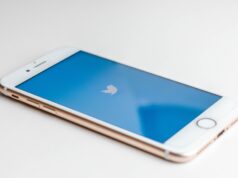