Home Education What Are 5 Facts About California?

Everybody knows some of the best-known facts about California, like that it is the most populous state in the United States, with more than 37 million people living there. Another one is that it has the strongest economy, with GDP more than double on he second state on the list, Texas. If it were an independent country, California would be fifth in the world by GDP, having a larger economy than the United Kingdom, India, or France. It is home to Hollywood and the Silicon Valley, as well as some of the most iconic cities in the world, like San Francisco and Los Angeles. But what are other, less known facts, about the Sunny State?

California has four NBA teams, Golden State Warriors, Los Angeles Clippers, Los Angeles Lakers, Sacramento Kings. That is a testimony on how big California market is when a vast majority of other states can’t support even one team. Texas is second, with three teams to its name.

Not many people are aware that the capital of California is neither Los Angeles nor San Francisco. It is Sacramento, which isn’t in the top five biggest cities in the state. Still, it is the fastest growing city in California.

If you like drinking domestic wine, there is a large chance that it was made in California. The Sunny State produces almost 85% of the wine in the United States, or more than 680,000 gallons each year.

California is the home of the largest tree in the world, measured by volume. It is called General Sherman and it is a giant sequoia, located in Sequoia National Park. General Sherman is 275 feet and has a circumference of 102 feet.

San Francisco iconic cable cars are the only cable cars still in operation in the United States. In 1963, they were declared National Historic Landmark, a first moving object to receiving such distinction. 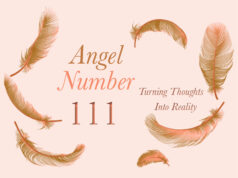