Home Business Workplace Sexual Harassment and Abuse Can Happen to Anyone

When we hear about workplace sexual harassment and abuse, we usually picture people in the entertainment sector or even organized sports. And there’s no shortage of scandals in both those fields. From the recent sexual abuse scandal involving several National Women’s Soccer League players to the ongoing trials of actor Kevin Spacey, there’s plenty to write about. Given that, you’d be forgiven for not seeing the true scope of the problem.

The truth is sexual harassment and abuse tend to be most prevalent in industries that pay lower wages and employ undocumented immigrants. Among them are the hospitality, food and manufacturing sectors. Often perpetrators in these sectors target the most vulnerable employees; those too scared to report their actions because either they need their job or fear being deported if they do so.

One of the most recent high-profile sexual harassment cases that illustrates this involved female hospitality workers at the swanky Terranea Resort in Rancho Palos Verdes, an upscale city in Los Angeles County.

When a chef’s assistant named Sandra Pezqueda filed a sexual harassment and assault lawsuit against the resort she was promptly retaliated against by the resort’s management. This included suffering verbal harassment and having her schedule changed unexpectedly. Pezqueda’s courage helped reveal the abuse she and her female colleagues were enduring on a regular basis.

According to J.J. Dominguez, a workplace sexual harassment lawyer at The Dominguez Firm, “Sexual harassment and abuse can happen to anyone in any field. Whether the person is a teacher, factory worker or professional athlete, they don’t have to tolerate it. Here in California, this can include undocumented workers who have the right to sue their employers without fear of deportation.”

Employees should be aware that what they think is sexual harassment could actually be sexual assault. Generally speaking, sexual assault is when the perpetrator’s actions devolve into unwanted physical contact. This can mean non-consensual touching, kissing and groping. In more extreme cases it can be rape. An example would be forcing an employee to engage in a sexual act in exchange for not being fired. Even if the victim does so, they can’t consent because they’re being threatened.

If the perpetrator committed sexual assault, they face felony charges. The victim would have the right to sue separately in civil court too. Note that even if the defendant is absolved in criminal court, the victim can still sue them in civil court for their actions. The result of one doesn’t impact the other. Also, unlike a criminal case, where the defendant faces a prison sentence, the objective in a civil case is to obtain financial compensation from the perpetrator for their actions.

All of us expect to work in a safe environment. When that doesn’t happen, our lives can turn into a nightmare. Increased awareness has helped victims come forward in recent years. Public attitudes towards how employees should be treated, social media and corporate brand awareness have all played a part.

In short, no employer wants to see their name publicly associated with an unsafe and exploitative workplace. Continuing to hold the perpetrators and their employers accountable will do much to help stop this inexcusable behavior from happening to other employees, wherever they work. 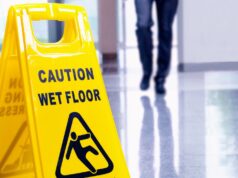 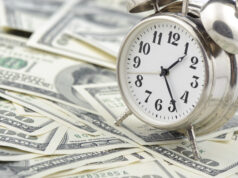