The adult toy industry has reached new peaks in recent years thanks to the wider adoption of all kinds of products by more and more people. Due to the sudden increase in interest among customers as well as the new toys being amazing, innovative, and truly specific, both men and women are now much more open about their sexuality and sexual pleasures as they can elevate their experiences further and enjoy a wider variety of feelings.

Not only are single people using them more than ever but couples, including married couples, are also buying them. They play with them on their own time as well as while being intimate with their partners. This approach helps them discover themselves more and on a deeper, more personal level. With this increase in supply, demand, and sales, people are also more open when it comes to talking about their sexuality and sharing their favorite toys.

This new age of adult toy consumption has been long overdue, but certain issues and potential problems still exist. Mainly, and for the purposes of this article, here we mean the fact that they are much more common in women in relationships. Why are the ladies using them more than the guys among couples, and is this something concerning? To answer this question and shed more light on the topic, we decided to attempt to break down this phenomenon right here in the article. If you are looking to find more about this as well as to shop some of the best toys available, make sure to check out Lovify.

According to tradition and history, women were the ones who used the first sex toys to pleasure themselves on their own time. If we go back to the first mass production and wider adoption during the later parts of the 20th century, the advertising targeted only women. There were many reasons for this, most of which dealt with the fact that women were less prone to discuss their sexualities and they were viewed as less sexual in nature than men. Similarly, men were always more open and it was understood that more men engage in sexual pleasures than women on average.

However, then came the sex toys and women who sued them were looked down upon by the society as too perverted and too wild. Those not using them were shocked to find out their friends, family members, and neighbors use these new toys and talked behind their back. Such scrutiny caused women to hide the fact they use the toys and they never talked about them. During the same period, there were next to no products meant for the guys.

Fast forward to the end of the last millennium and into the 2010s, and the culture of acceptance, celebrating differences, and inclusion began to take shape. In such a climate, people could finally begin to show who they really are and no longer be afraid of being judged for their pleasures, hobbies, and activities. Many things became mainstream including the use of sex toys among women. Not only is it nowadays encouraged, but women are proud to have their own products and even collections they use both when alone and with their partners. It also does not matter what the women’s sexual orientation is. Anyone can enjoy these modern toys nowadays with a little imagination and open-mindedness.

What About the Men?

During that same period of transition, which has been taking place since the 2010s and onwards, more and more sex toys for men also started appearing. Vastly different and more complex than vibrators and similar devices for the ladies, male toys often came as lifelike dolls, whole body parts, and seemingly over the top contraptions. If we think about sexual stimulation, we can easily see that men and women are different. Combine that with the fact that each individual has their own set of things that turn them on and which they find pleasing, and you can begin to understand that the wider variety of products is good for the market.

When men started to buy more and more toys and the society realized it, people began to ridicule them for largely the same reasons it ridiculed women decades ago. The only difference is that men are viewed as not needing toys to pleasure themselves. Therefore, anyone who buys a toy may be perceived as perverted, weird, and a fan of strange fetishes and unorthodox pleasures. The truth of the matter is that people are allowed and encouraged to do whatever they want as long as it is legal and it does not hurt anybody including themselves. Therefore, everyone should be left alone to their own devices, but society is not there yet.

Use of Toys in Relationships

When it comes to women using toys more than men in relationships, it is understandable to a certain degree. While two people are together, there is a limited amount of things and toy types that can be used to enhance the pleasure and excitement of the man. For women it is much easier and largely different, which is why the guys (and gals) can pleasure their female partners using toys. It does not work the other way around the same way, and it can also be said that there are more toys for mutual pleasure than there are toys for male pleasure during the act of intimacy.

For the simple reason of feeling different types of pleasures and doing more things, women use sex toys with their partners much more on average and that is more than okay. Relationship should be about trust, mutual respect, and mutual excitement and pleasure. Enjoying each other’s bodies and having an amazing experience each time around is crucial, so if there is a toy out there that can help in any way, go for it. It hardly matters if it is just for her, just for him, or for the both of them. If it causes overall pleasure but it is only for her, who cares? After all, most men are turned on the most when they see and feel that their partner is turned on, meaning less male products needed! 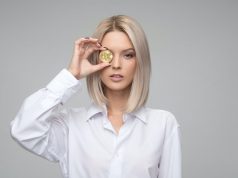