Cruising is one of the most popular traveling methods in the last couple of decades. Until recently, it was reserved for the wealthiest among us. However, the situation has somewhat changed. Even though the majority of people who are frequently cruising are wealthy, but these doors are now open more than ever and available for other, common people. When it comes to the journey itself, it’s not really about the destinations you are going to go through, it is about the journey experience itself. You are located on a ship where you will spend some time and destinations are going to change. Also, cruises are going to provide you with everything you might need on your journey. If you are interested in learning more about your health preparation during the cruise, read more here. Moreover, that doesn’t mean that destinations are not important at all.

Naturally, you would like to visit some of the most beautiful landscapes in the world when you have the chance. Also, some of the destinations are making money spending worthy of the experience. This was the reason we’ve decided to compile an article about the most popular cruise destinations in the world in 2022. As you can presume, the Caribbean remains the most popular region for cruising. However, there are other regions that are worth exploring, there are new options like Bahamas, Seychelles, or Japan. But we are going to leave these for the next part of our article where we are going to talk about these destinations in greater detail. With that said, let’s not waste your precious time. Ready or not, here we go.

As you know, Portugal is a nation popular for its naval tradition. Also, you are perfectly aware that Lisbon is one of the most popular and busiest ports in all of Europe. In recent times, the whole attention has shifted from Lisbon to Porto. The reason is that this city is near the starting point of the Douro River. This river is found to be a perfect route for cruising. Hillsides that are surrounding this river are covered with vineyards who are there for more than two thousand years. Also, you will go near the medieval town of Salamanca, which is located near the border of Portugal and Spain. There are several companies that have their routes on this popular river. Be sure to check them out.

You must remember when the organizers of the Olympics in Rio de Janeiro slept on cruise ships. You will be surprised to learn that Tokyo plans to do the same in the future. The city has a plan to charter at least one cruise, which will serve as additional rooms and a response to the lacking of rooms in the city. However, we feel like you should take a more traditional route. There are two royal Caribbean cruises who are based in Shanghai, who can take you to the islands and the shore of Japan. There are several types of sails and routes you can undergo to get to the shores of Japan. The best and the most peaceful one is a three-night ride on Guntu. This is a ship designed to take up to 38 passengers to the Seto Inland Sea.

The Bahamas are one of the most heavily relied cruise routes. Not only Nassau, which is the capital of this island nation, but many other parts of the country, even other, smaller islands that are part of this country. The situation has somewhat changed after Dorian Hurricane who devastated Grand Bahama and several other islands surrounding it. The whole tourism economy of the nation was devastated. This was the reason large cruise companies started investing and donating in order to boost tourism on the island. Even though the situation is not perfect, the future looks bright for one of the most important cruising lines in the whole world. Also, the year 2022 looks like the perfect time for the boost to start.

The Seychelles are located in the Indian Ocean, near East Africa. They have been known as a very popular tourist attraction that attracts a high number of people who visit these beautiful islands every year. Even though these islands are not located on any highly-important cruise route, they have become an essential part of a wide majority of cruisers. The true beauty of cruising near Seychelles is that you are taking small zodiacs to islands that are uninhabited. Moreover, you can find some of the most impressive and less-known animal species that you can’t see anywhere in the world except here. You should keep an eye out for several types of native birds, especially the Seychelles warbler. Also, you can visit Vallee de Mai. This is a rare palm forest that hasn’t been touched with the human hand since the history remembers.

The Nile river is considered to be one of the first points where civilization emerged. Cruising down this river must look like you are going through history itself. Also, some of the landscapes are among the most beautiful ones you are going to see, ever. In January 2022, Uniworld Boutique river cruises decided to launch a new cruise ship called S.S. Sphinx. The ship will have space for 84 passengers and its route will be only in Egypt. That way you will have an authentic sense of place. One more ship has been designed to take this route, and it’s called Viking Osiris. It has 82 passenger seats. This year, there is a must-do. We are talking about the terrace of Aswan’s old Hotel. This was the place where Agatha Christie wrote some of her novel “Death on the Nile” back in 1937. The reason we are telling you this is that a movie by Kenneth Branagh is premiering this fall.

What Kind of Sex Dolls are Most Popular 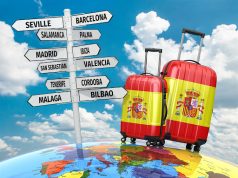 Traveling to Spain with Dual Citizenship: What Passport Should You Choose?