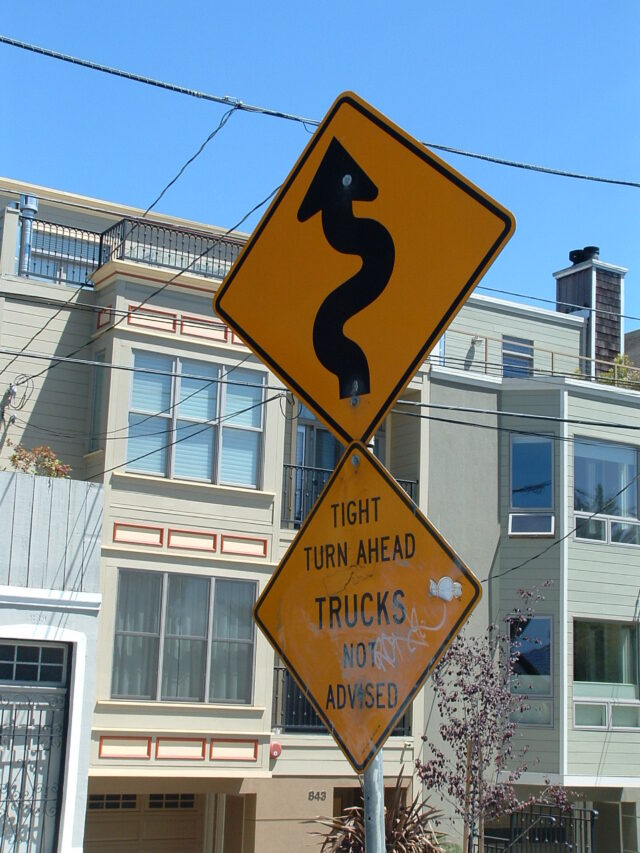 The real “crookedest” street in San Francisco won’t be on any postcards anytime soon. Nor will you see it on any AAA touristy guides to the sights and sounds of the city.

If you’re planning to take a trip down Vermont Street between 20th and 22nd Streets in the city’s Potrero Hill neighborhood, hold on to the steering wheel and get ready for a series of hairpin turns on a stretch of roadway that few travelers and locals know about.

This is San Francisco’s crookedest street.

Vermont St. holds the dubious and relatively unknown distinction of being the city’s (and perhaps the nation’s) crookedest street because of its steeper grade and tighter turning radius between each switchback than its famed-sister to the north, Lombard Street.

Sure, there are more switchbacks (curves) on Lombard St. (eight) than on Vermont St. (seven), but if you’re using “crooked” in its literal sense, the latter is the one to go with.

The only warning you’ll get before you go over the crest of the hill is a yellow sign with the squiggly-arrow on it. After that, you’re on your own as you rumble down uneven cement, broken pavement, and if you’re driving a large-sized vehicle, avoiding nicking your bumper on the sides of the concrete walls. There are already enough scratches and coats of auto paint on them. 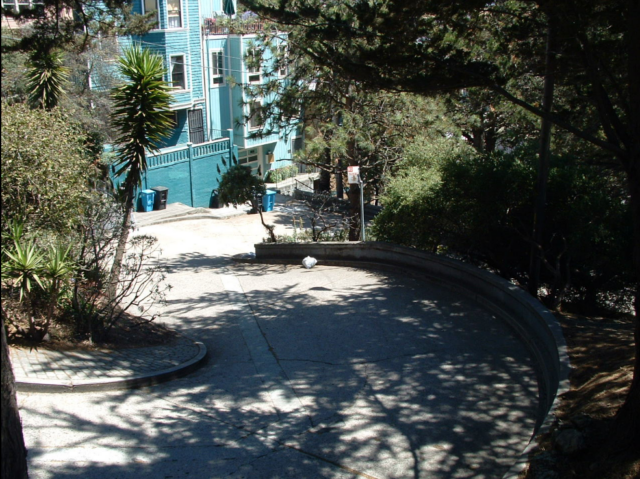 Compared to Lombard St. on the other (nicer) part of town, the Vermont St. curves have no colorful gardens or a red-brick paved roadbed to admire and photograph for relatives back home. And there is no need to wait for a Cable Car operating at the top of the hill to get into the lens before that snap-shot.

And it’s relatively isolated in the eastern part of town. The closest MUNI bus stop is two blocks away. 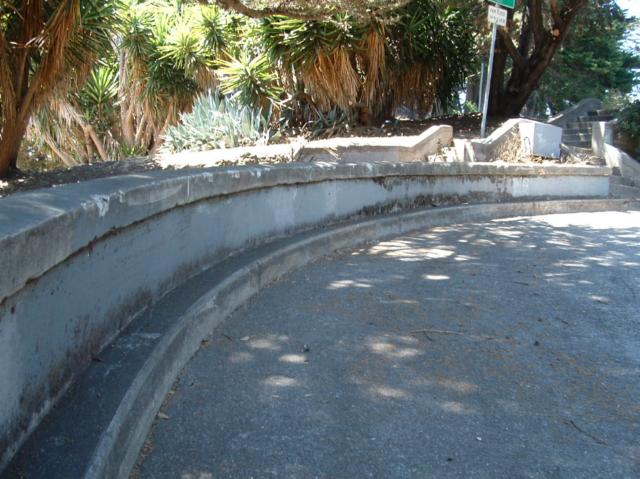 It is not without contention between the travel guides about which street is the swerviest, but for locals in the Potrero Hill District and the taxi drivers in the city, Vermont Street is the crookedest, bar none.

If you’re making a visit, be forewarned that this is not the flowery tourist-friendly destination that is Lombard Street – get ready for a grimy taste of the Potrero Hill District. America’s real crookedest street is located beside busy U.S. Highway 101 and a dense wooded area that appears to double as a make-shift homeless encampment.

Take the hill slowly if you’re driving – compared to Lombard Street’s curvature, the tighter turning radius makes gives this street its distinction, but also makes it tougher on the driver. It’s a one-way street too, so the only way to go is down. 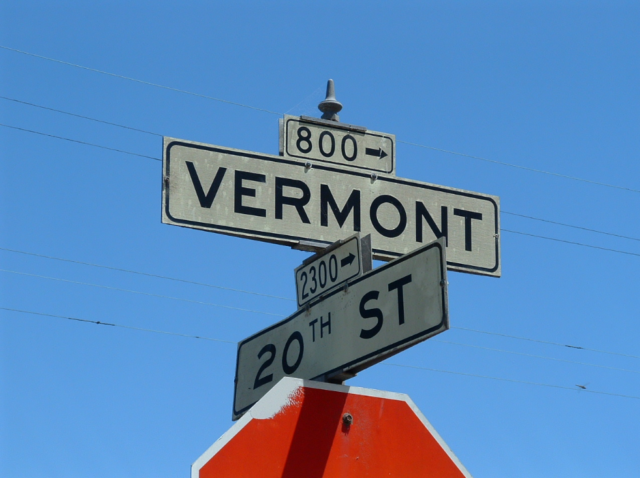 If you’re on foot, watch out. The cement staircase on the west side of the street (closest to the freeway) disappears mid-way down, and you’ll have to navigate a very steep unpaved “trail” that looks pretty precarious.

Other downsides: the isolated location of this street. It’s located in a pretty out-of-reach place for most tourists, and transportation to the area (unless you have a car) is sparse.

Some of the other pluses: plenty of free parking at the top of the hill, a beautiful shot of the San Francisco skyline a block away near the McKinley Square Playground, and a chance to tell your friends at home that you got the chance to go down and see the real most crooked street in America!