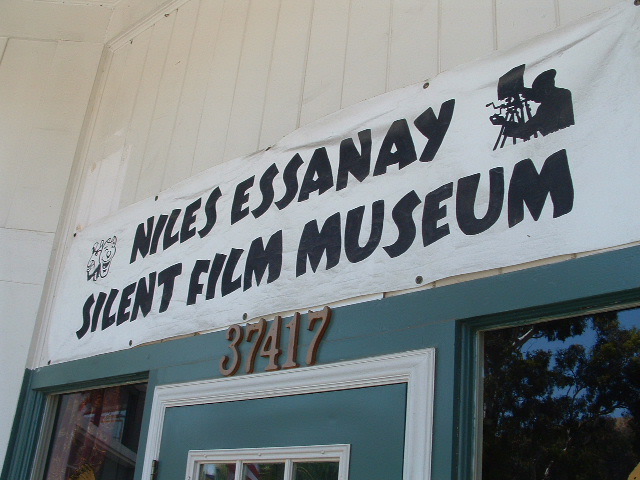 For one of the tiniest communities east of San Francisco in the suburban town of Fremont, Niles, California probably has more references to Charlie Chaplin than Hollywood itself.

You will find images of him almost everywhere — from illustrations hanging on the wall next to the Niles Essanay Silent Film Museum, to a pint-sized Chaplin doll helping sell delicious Root Beer floats at the Remember When deli.

In fact, at one point, this town was considered “America’s ‘first’ Hollywood.”

The town obsession with Chaplin stems from a three-month stay the silent film actor made in Niles in 1914 to shoot a handful of films. He shared a small cottage in the town, modest by today’s standards for any movie-star. Celebrities like Chaplin and Bronco Billy Anderson helped turn this tiny town into the California establishment for the early days of the motion picture industry.

The aforementioned Niles Essanay Silent Film Museum, named after the historic movie production company that opened shop in Niles in 1912 , is a step back into the varied local cinematic history. Old movie posters from decades past adorn the walls of the museum. There are screenings of films that were shot in Niles starring leading role A-listers who made brief pit-stops in Northern California’s own early Hollywood.

Today, historic downtown Niles is still the charming five-block long bustling commercial district it was back when Chaplin roamed its streets. It is a thriving destination filled with antique shops, restaurants and monuments to the rich historic events that placed this town on the map like the Niles Canyon Railway, a unique one-of-a-kind historic passenger train that shuttles tourists between Niles and the Sunol through the hills of Fremont on century old heritage railroad equipment.

The railroads are a sizable part of Niles’s history. Part of the transcontinental railroad route snaked through the Niles Canyon and connected the San Francisco Bay Area to the rest of the nation. A monument erected in historic downtown Niles tells visitors that the critical railroad link between the then-Gold mining town of Sacramento and San Francisco was completed in Niles in 1869.

Visitors to Niles can hop aboard a special excursion train of the Niles Canyon Railway every Sunday as it makes a weekly scenic trip between to the town of Sunol on old-time passenger cars and steam-powered locomotives.

Of course, if you’re a fan of antique collecting, Niles is the right place to be. It boasts dozens of fine antique retailers, and every year, on the last Sunday in August, the downtown core is closed to automobiles and is transformed into a grand street festival of antique retailers selling unique items — like old glass bottles of Coca-Cola, and model trains from the 1950s — at discounted prices. This year’s Antique fair takes place on August 31.

ut from the new to the old, Niles is on the verge of ushering in a modern development on an old parcel of land that used to be a switching yard for Union Pacific Trains. It will be turned into a town square with a spectacular fountain and a meeting hall for the community.

If anything, it’ll only bind this tight-knit community even further. The small-town feel and the reverence that is paid to its historic past by shopkeepers and business owners is a uniquely Niles thing.

So c’mon down. Walk the sidewalks that Chaplin frequented, take a ride on the rails that helped connect California to the rest of the world, and see the myriad of old trinkets up for sale at the antique shops. You’ll be glad you did.