Home Entertainment Where are the five best spots to photograph the Golden Gate Bridge? 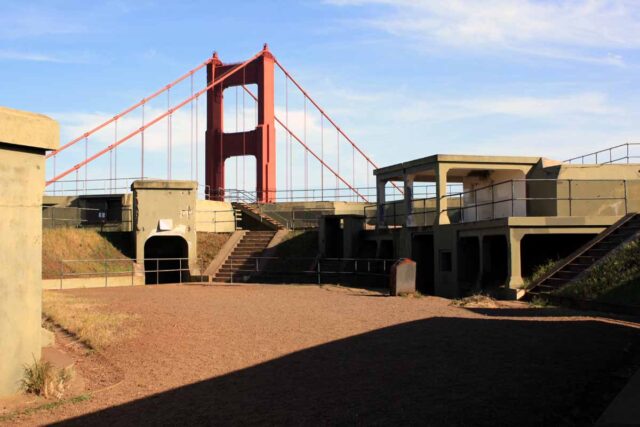 It is perhaps the most iconic structure that defines the city of San Francisco: the Golden Gate Bridge.

But after seeing millions of postcards, tourist guides and magazine spreads featuring the famed suspension bridge, you want to take your own photograph of it. So, where do you go for that picture-perfect shot, just like what you’ve seen in the travel brochure?

This is the postcard shot of the Golden Gate Bridge — the one that you always see plastered on ads and publicity shots clear across the world. And to get this shot, you’ll have to cross the bridge from the San Francisco side to the Marin County side to Battery Spencer, a former military installation that protected the bridge and the bay from foreign invaders during World War II. Head through the historic army artifacts and crumbling buildings to land’s end where you’ll be able to pose in your very own snapshot of the bridge with the breathtaking background of the entire city of San Francisco behind you. You can bike and hike from the San Francisco side — it’ll take some legwork to get here. (map) 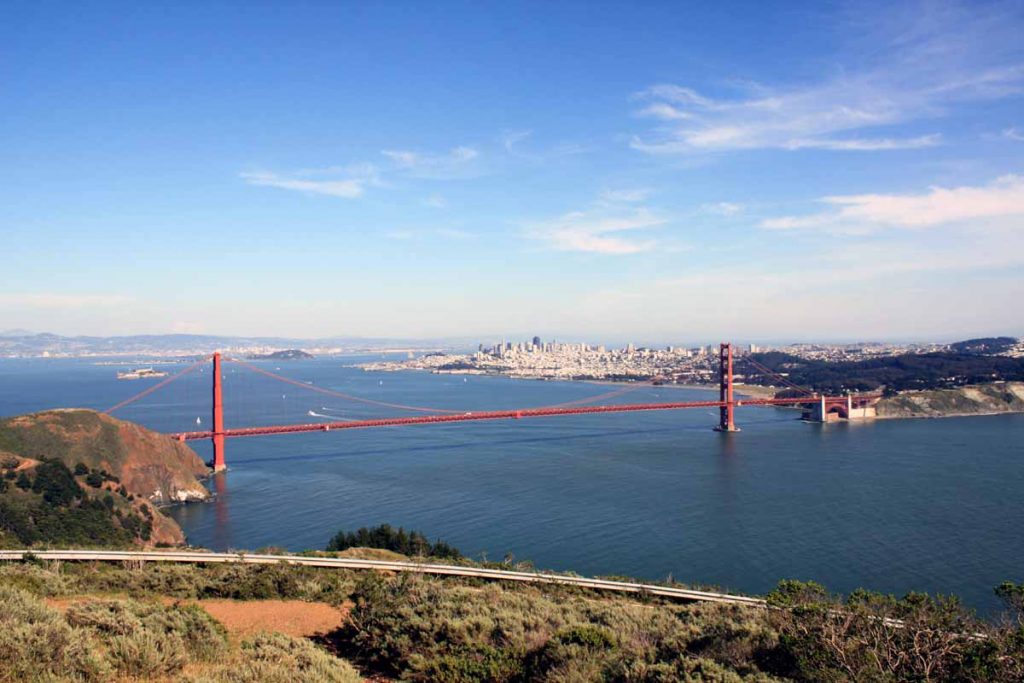 Further up the winding road from Battery Spencer, you’ll encounter Hawk’s Hill, a  former military lookout point perched atop one of the many mountain tops that overlook the serene Marin Headlands to the north and San Francisco Bay to the South. Here, you’ll get a panoramic view of the Golden Gate Bridge and the metropolitan region of the Bay Area. Getting here can be tricky — a grueling bike ride up steep grades on a narrow roadway is in order to reach this point. Otherwise, hop in the rental car and spend the gas money to get your shot. It’s well worth the view. (map)

You’ve probably seen all the views of the Golden Gate Bridge from the top, but have you seen it from below? You’d be quite surprised at the architecture that goes into erecting the iconic structure, and you can get your shot from the San Francisco side at Fort Point — yet another former military installation — that allows everyone to feel the mist from the bay waves crashing ashore while being directly underneath the bridge.

Getting here from Fisherman’s Wharf and Pier 39 is simply — a brisk walk and bike ride through the scenic Marina District and into the Presidio along the water’s edge. There’s parking here too, free of charge, but it can be in short supply during peak visiting hours. (map)

Another shot of the bridge from the San Francisco side — this time from the Presidio, the former US Army base that protected the Bay Area from enemies during the Civil War to Vietnam. This photo was taken from one of the many outlook points in the park grounds along Lincoln Road. Also, check out nearby Baker Beach if you’re in the neighborhood where you can grab another scenic shot of the bridge. (map) 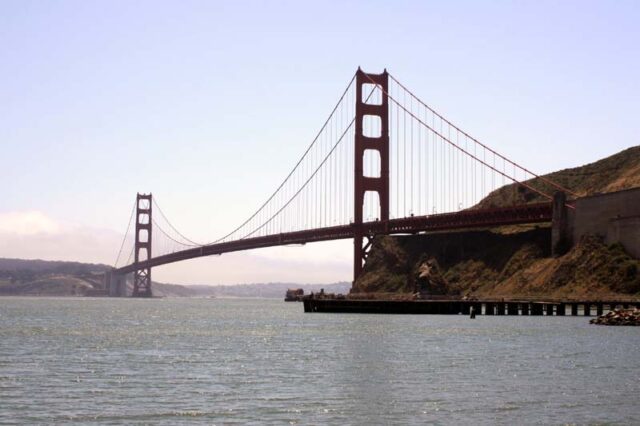 From Fort Baker on the Marin County side, this is one of the hidden coves that boasts a million dollar view of the Golden Gate Bridge. Getting here is a bit tricky because you’ll have to coast your way down from Highway 101 to the area directly underneath the bridge on the Marin County side. Here, you’ll find Fort Baker — another ex-military base — that now houses the Bay Area Discovery Museum, a hands-on learning center that provokes the senses and brain cells for kids. But this is the view you’ll be treated to while you’re here at a place that few visitors and locals know about. (map)

Do you have a suggestion for the best spots to photograph the Golden Gate Bridge too? Add them in the comments section below!

E-mail Tim Jue at [email protected]. Join the California Beat on Facebook, and get breaking news headlines, story alerts, and previews when you follow us on Twitter. 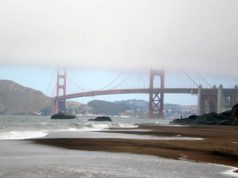 No shoes, no shirt, no problem at San Francisco’s Baker Beach

Nick Kamazov - May 18, 2022 0
Moving to another location can be a difficult process, even if the location is close to your current address. Therefore, migrating to another country...

6 Benefits Of Selling Your Home Via Auction! – Guide 2022