Home Education Why is California so popular?

On the first-place why California is popular are Californian beaches, they are the most popular in the United States. If you want to swim or enjoy all day sunbathing you can do that on the numerous Californian beaches. The surroundings of the beaches are beautiful for all nature lovers. The water on the beaches is clear blue, and the beaches in California are the cleanest beaches in the whole world. Many of the beaches have rock formations in the water perfect for swimmers and surfers, and in Sea Ranch, you will find shell beach, and ocean beach in San Francisco and Malibu lagoon state beach in Malibu.

Hollywood is located in the central spot of the state, and it is the home of the most famous film industry. California is the home for many media houses and studios such as Dolby Theater, MTV, Comedy Central, CBS Studios, NBC Studios, BET, NBC, and others. The first film ever made in Hollywood was in 1911, and the Nestor Motion Picture Company filmed it.

When you have the most beautiful beaches in the world it is logical that surfing will be the most famous sport in the region. The massive waves on the beaches gather surfers all around the world. All types of surfers come to California, and the most popular beach for surfing is the Trestles in San Clemente. On the beaches across California, there are water-sporting events such as the ASP World Tours, the National Scholastic Surfing Association Nationals, and others. Rincon beach is one of the most popular beaches in Santa Barbara, and Mavericks is the most dangerous beach for the surfer beginners.

The Californian state drink is wine, so you can guess that this drink is very popular in this region. For almost 90% of the total wine production in the nation come from Napa Valley in California. The wine is producing in California since the 18th century, and there are 1,200 wineries in the state at the moment. In California, you can find both large scale and small-scale plants, and the wine regions are called American Viticultural Areas, Napa Valley, the Russian River Valley, and the Central Valley.

On the northern side of the Mojave Desert close to the Great Basin Desert is the Death Valley, and California is famous for this desert valley. This is the hottest place in the whole world with the highest temperature recorded on July 10, 1913.

This is the most popular theme park in the whole world, and Walt Disney’s supervision opened this park in California in 1955. This park has millions of visitors annually, and from the opening in 1955 theme park welcomed around 709 million visitors. For example, in 2017 the theme park received 13.8 million guests. Only the Magic Kingdom is more popular than the Disneyland Park. The theme park has around 65,700 employees.

California is well known as the home of the Redwood National and State Parks, the massive complex of forests, which protect about 45% of the global population of the trees. The famous Sequoia sempervirens, the tallest and biggest trees in the world, covers an area of 60 square miles in California.

These are many reasons to visit California if you have not yet, and those are the main things which made California so popular among the tourists. 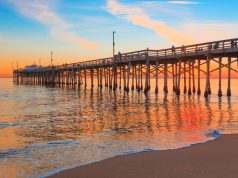 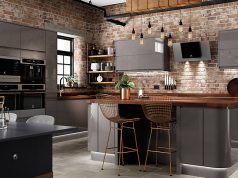 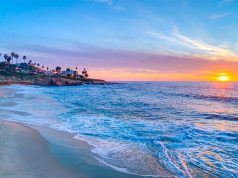