Home Education Why Does it Never Rain in California?

Whether you’ve ever been to California or not, we’re sure you know that this US state is usually described as sunny. Just mentioning California brings up the images of long, beautiful beaches bathed in sunshine. It’s a heaven for those who enjoy hot summer days and want to stay away from the rain. But the question is, why does it never rain in California? Or it does rain sometimes?

Namely, most of the state does have a Mediterranean climate, which is characterized by hot and dry summers. There is the desert area which also makes us think that rain is not that common in California. Did you know that Death Valley, the place with the highest recorded temperatures in the world, is located in California? In 1913, the highest temperature in the world (134 °F) was recorded there. So, how come the rain is so rare in most of the state? One of the reasons why is that its mountains create the so-called rain shadows, i.e., dry areas. This mostly applies to Southern California, which has higher temperatures all year long, and nine out of ten days are dry there. But what about the rest of California?

Contrary to the common belief that it never rains in California, some parts do receive certain rainfall every year. For instance, Northwestern California has rainfall of 15-50 inches per year, while Coast Redwood forest areas can receive up to 100 inches per year. During the El Niño phase, even the southern parts of the state can experience heavy rainfalls. On the other hand, during the La Niña phase, this part of the state is dry again, while the rain moves to the north.

So, don’t believe everything you hear. California does experience some rain is certain parts of the state, but let’s still remember that it’s called the Sunny State for a reason. 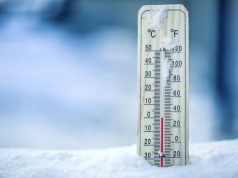 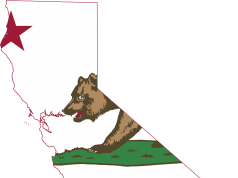 What Are Some Interesting Facts About California? 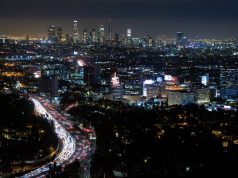