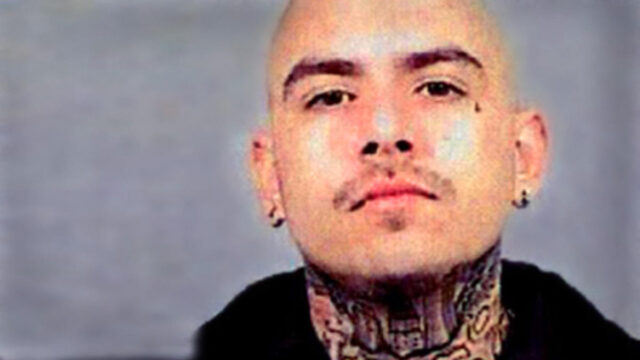 The man arrested for critically beating San Francisco Giants fan Bryan Stow is also a person of interest in a gang-related Nevada shooting.

Giovanni Ramirez, 31, is being sought as a suspect in a Henderson, Nev. shooting that left one person wounded at a home in January, Las Vegas television station KLAS-TV reported.

According to a police report obtained by KLAS-TV, the shooter — believed to have been Ramirez — was wearing a black hoodie and blue Los Angeles Dodgers baseball cap when he fired into the residence.

The television station reported that Henderson Police detectives suspected that the shooting might have been retaliation for the murder of Ramirez’s daughter in 2005, KLAS-TV reported.

Police did not seek an arrest warrant for Ramirez.

The 31-year-old suspected gang member was arrested in May for attacking Stow at the parking lot of Dodger Stadium. Stow, 42, remains in a coma at San Francisco General Hospital suffering from massive head injuries.

Los Angeles Police was still searching for two outstanding accomplices in Stow’s beating but said Ramirez was the “primary aggressor” in the attack that left Stow hospitalized.

Ramirez’s attorney said his client was never at Dodger Stadium at the time of Stow’s assault and was with family members. Ramirez will undergo a polygraph test Wednesday at Los Angeles Police headquarters, his attorney said, that will prove his innocence.