California is a state in the Pacific Region and it’s one of the most populous states in the United States. It is the third-largest state by area and it features the most diverse population. Its current population is estimated to be 40.02 million. Most of its population lives in the largest cities, including Los Angeles, San Diego, and San Jose. It is expected to surpass 50 million by 2050.

This state has a healthy natural growth rate. For instance, 5,058,440 births and 2,179,958 deaths occurred between 2000 and 2009. This resulted in the natural growth of 3,090,016. Moreover, immigration is another factor which contributes to the California population. It is estimated that about 6.3% of the population in California is made up of illegal immigrants. In fact, there was a net migration gain of 306,925 people between 2000 and 2009.

California was admitted as a State on September 9, 1850, and was part of the region acquired from Mexico in 1848.

As the third largest state by area, California has a population density at 251.3 per square mile, while its yearly growth rate of .61%. 50.3% of the population in California are female and 49.6% are male, while the median age is 36 years. When it comes to religion, 63% of Californians associate with a Christian based faith, 9% are affiliated with non-Christian faiths, and there is a rate of 27% unaffiliated individuals.

The California population grows at an above-average rate. Hence, when compared to 1850, there were only 92,597 people living in California. However, the Gold Rush occurred in the mid-19th century and brought a rise of over 300% to 379,994. Consequently, the rate kept growing steadily. However, between ten-year censuses, there were increases in excess of 50%.

Then, when World War II ended, there were 10,586,223 people living there and the rate continues growing significantly since then. Hence, it was 15,717,204 only ten years later, and it grew to 19,953,134 in 1970. The numbers have kept increasing. As a result, it was officially determined to be a most populous state in the 1970 Census. Likewise, it kept having consistently high growth rates from year to year. 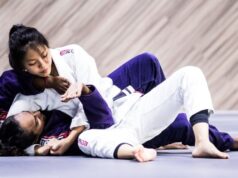 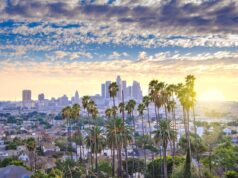